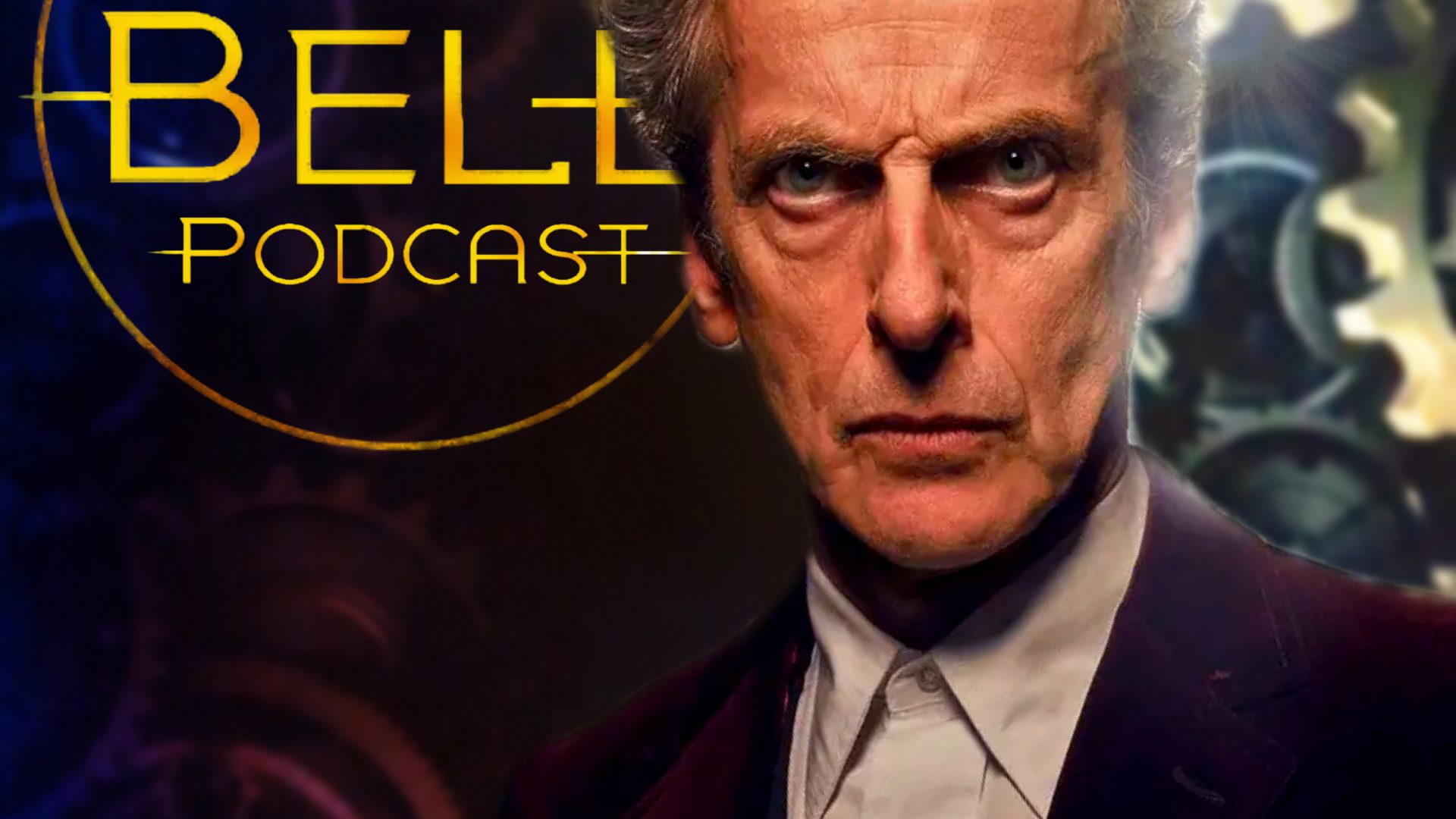 Coming up today we return once again to to Doctor Who Series 8 – and discuss Time Heist.

Sonia’s Soup of the day

Liam its time to play Sonias Soup of the Day. You’ll be asking yes or no questions to guess Sonia’s favourite soup.

The Time Heist was a planned mission organized by the Avengers, aimed at resurrecting the victims of the Snap by going back in time and retrieving the Infinity Stones from alternate timelines, resulting in the final battle against an alternate Thanos and his army.

But before Marvel did that we had a Capaldi story from Series 8.

The Twelfth Doctor and Clara receive a mysterious phone call, and find themselves in a maximum security bank, memories wiped clean and two more recruited strangers to accompany them. Their mission: to rob from a bank that lives up to the reputation of impregnability, but will they be able to find out what they’ve been recruited to steal and why before they get captured?

Steve Thompson wrote the Doctor Who stories The Curse of the Black Spot (and its prequel),Journey to the Centre of the TARDIS, and co-wrote Time Heist with Steven Moffat.

Thompson has also collaborated with Doctor Whowriters Steven Moffat and Mark Gatiss on the first three series of Sherlock.

Clara has a date

Phone rings. The Doctor mentions that the woman in the shop had his number.

He answers the phone and he’s then holding the memory worm along with two new characters. Psi the augmented human and Saibra mutant human. They hear recordings of themselves agreeing to their memory wipes.

They watch a briefing from the architect, aka the Doctor. They learn all about the bank of Karabraxos and how they’re going to rob it.

Security closes in and get their own memories wiped by the worms. Why would anyone even touch them?

Ms Delphox, head of bank security isn’t happy about this so she releases the teller. A mysterious figure in a gassy talk.

After running off, the Doctor stops to figure out who the two people are. Psi explains he was in prison and he’s a hacker. Saibra can mimic people when she touches their living cells. She wears a hologram shell too to mimic their clothes.

The Doctor let’s her touch a unit housing some human cells from a customer to use as a disguise.

As they’re walking through the bank there is a security lockdown and Ms Delphox arrives escorting the Teller. They approach some guy and the teller reads his mind before turning it to soup.

The gang enter a safety deposit room and after looking at the schematics the Doctor concludes they have to blow a hole in the floor.

Picture the thing you want most in the universe and decide how badly you want it.

The Doctor sets the charge and quietly blows a hole in the floor. Dinensional shift bonb. After going down they manage to restore the hole.

Down below they have a case waiting for them and it contains a bunch of strange devices.

The intruder alarm is trigged and Psi has a charge.

Clara talks with Psi about why he would have deleted his family’s memories. “I supposed I missed have loved them” he tells her. She finds this shocking Is that a bit of foreshadowing for the hybrid memory wipe?

Saibra tells the Doctor she knows he was luring about not knowing that the device’s were. An exit strategy of sorts he says.

She’s had a lot of faces and finds them easy to read.

Could you trust someone that looks back at you out of your own eyes, she asks.

The gang come across a cell containing the man with a soup bowl for a head.

They then run off when the alarm sounds and find themselves in the tellers room.

It locks on to Clara’s mind and she tries to block it by clearing her mind. Sounds quite hard. But it wakes up and fully locks on to Saibra. She decides to commit suicide rather than become a soup bowl. So the Doctor, barely-hesitantly, gives her the device. She uses it and vanishes.

The gang run off into the corridor but the Teller is soon released to peruse them.

The gang have a new package from the architect. Clara has a card with vault references. Psi stays to unlock the vault while the Doctor split and run off.

The Teller catches up with Clara and begins to make some soup.

But Psi offers a distraction, sacrificing himself. Offering a memory of loads of bad buys.

The bank has computer files on a Sensorite, Androvax, Kahler-Tek, a Terileptil, John Hart, Abslom Daak, an Ice Warrior, the Slitheen family, a Weevil and the Trickster.

Psi gives a sad farewell about people you love and people missing you flashing before your eyes before you die. But he sees no one. Then he uses the device on himself.

Clara and the Doc arrive at the vault door but it’s still locked. So the Doctor looks for a way to open the final lock but no luck. He still believes that the architect will have planned a way for them to break through though.

Then a storm breaks out interfering with the electricals. How could the architect know when the storm would appear though? Is he a weather forecaster? That would be the more sane conclusion. But no he apparently must be a time traveler. And so the vault unlocks itself.

The pair looks for the vault references.

For Everyone Psi, something to restore his memories. For Saibra, a gene suppressant to make her normal.

The pair are then found by the teller and brought before Delphox. After having a bit of a chat she sentences them to death and leaves. The two guards turn out to be Psi and Saibra. He gives them what they were after. They then proceed to the private vault down below where there are loads of fancy artefacts. It turns out that Karabraxos looks just like Delphox. Seemingly a clone.

She fires her clone. Incinerates them.

The Doctor then has a thought. Saibra had said “how could you trust someone if they look back at you with your own eyes?”. And the Doctor knows one thing about the architect. He hates him. He’s overbearing. He’s manipulative. He likes to think that he’s very clever.

He gives Karabraxos his telephone number and writes I’m a Time Traveler. Then she packs up a few valuable things and leaves.

The Doctor tells her to give her a call some time. She’ll be old and full of regret for the things she can’t change.

He reminds everyone that there were 6 teleporters. He needs his memories back. That the only way to do that is soup. The teller then helps unlock his memories and he see what actually happened. How Karabraxos called him when she was old. And so on until he pretended to be the architect.

He then pleaded with the teller and it unlocks a vault door revealing its partner.

And now they have 6 people and 6 teleporters. It was a rescue mission.

The creatures are freed in a peaceful quiet land.

Back aboard the tardis the team are celebrating with takeaway. There’s are uniquely places shots of the Tardis whooshing in between shots, maintaining the fast pasted vibe.

Clara goes off to her date.

“Robbing a bank. Robbing a whole back. Beat that for a date”

Sonia’s Soup of the Day – Final Round

Liam, to make things easier ill give you a multiple choice question.

We each rate the story out of Good, Average or Bad.

Lets arrange a date for the next recording…